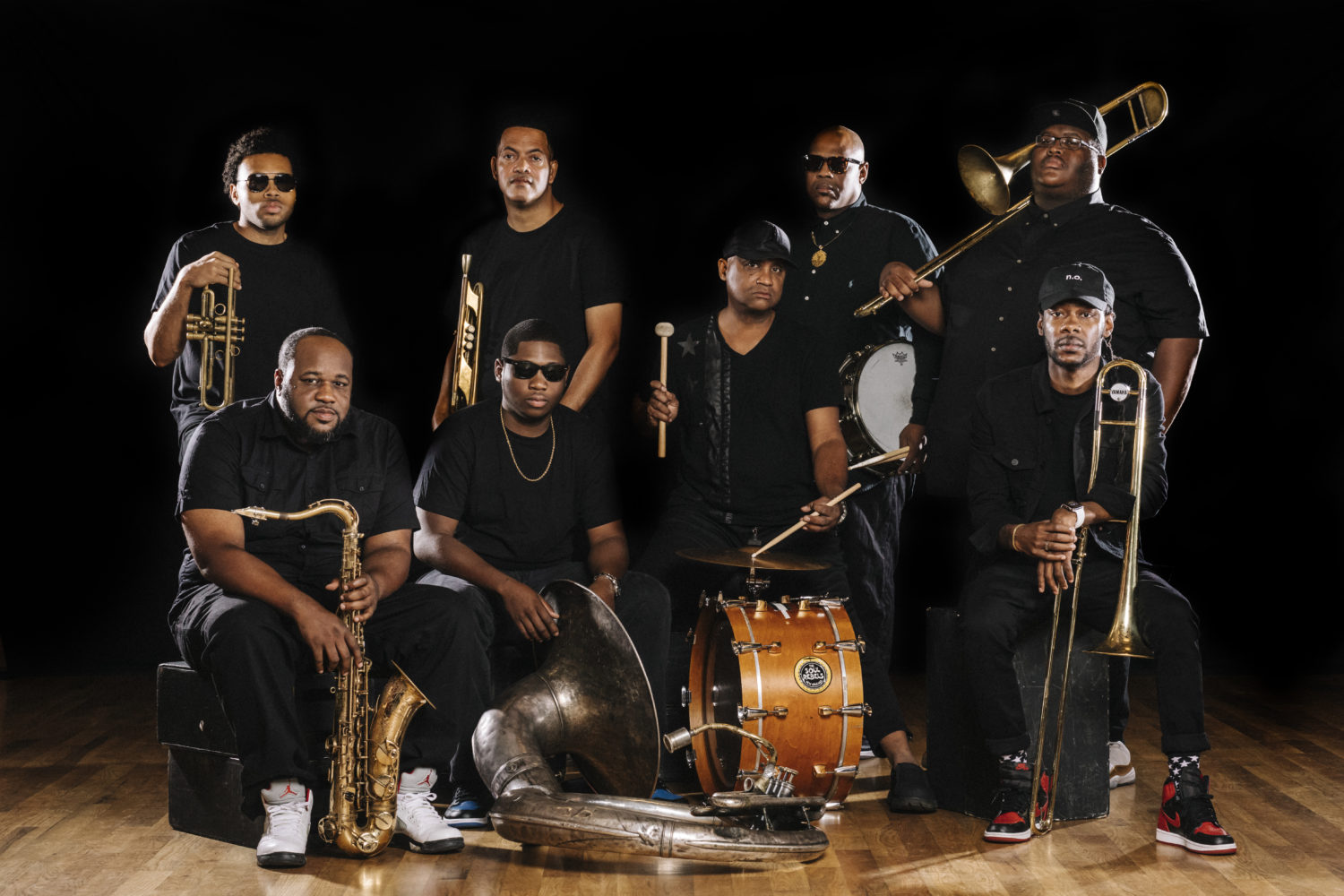 The Soul Rebels started with an idea -to expand upon the pop music they loved on the radio and the New Orleans brass tradition they grew up on. They took that tradition and blended funk and soul with elements of hip hop, jazz and rock all within a brass band context. The band has built a career around an eclectic live show that harnesses the power of horns and drums in a deep pocket funk party-like atmosphere. Their explosive stage presence has led to live collaborations with the likes of: Nas, G-Eazy, Portugal. The Man, Robert Glasper, Pretty Lights, DMX, Curren$y, Joey Bada$$, Talib Kweli, GZA, Macklemore & Ryan Lewis, Mobb Deep, Raekwon, Metallica, and Marilyn Manson among many others, and opening for Lauryn Hill and Nile Rodgers.

Genius/GZA or simply GZA (pronounced ‘jizza’), is the legendary emcee and unspoken elder statesman of the Wu-Tang Clan. Known for his elaborate metaphors and constant use of skillful wordplay, GZA’s illustrious career as both a founding member of arguably the most influential hip-hop group of all time and a venerated solo act is revered for his flawless technique and lyrical dexterity. His platinum-selling 1995 LP Liquid Swords is considered a standard-bearer for anyone else’s philosopher-as-rapper approach. Despite not having released a solo record in a decade, he remains a pre-eminent guest on stages around the world, touring frequently with Wu-Tang.